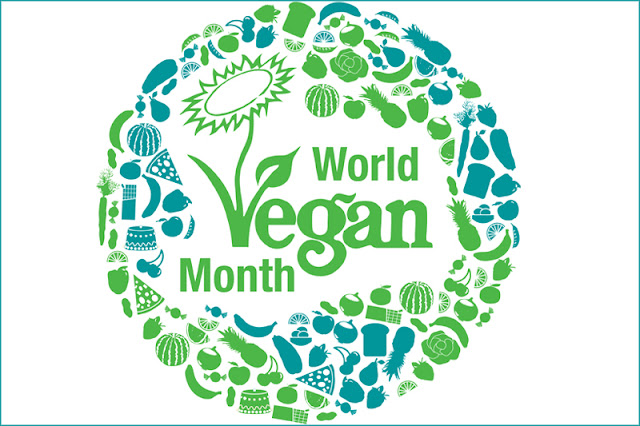 There is a rising movement in the world today, a movement that decries all acts of cruelty and unnecessary violence against our animal brethren
Its members range from those who merely won’t eat or wear anything made from animal flesh or skin, to those who actively campaign in every way against its continuation in any form
The modern day heroes are known as Vegans, and World Vegan Month celebrates them and the strides they’re making towards eliminating unnecessary cruelty to animals

World Vegan Month was established in 1994 to commemorate the forward movement of the ideology, as well as the creation of The Vegan Society in the UK in November 50 years prior

Given the number of eaten dead, the date was selected to fall in line with Halloween and the Day of the Dead to honor those animals who had already passed under the unnecessary cause of supporting human life

Vegans know there is a better way, and that the composition of the human body for being omnivores is something that, with time, can slowly be eliminated, rending our incisors as unnecessary as the appendix

Bacon substitutes, sausage substitutes, even honey and butter substitutes have been devised so that they can embrace their idealism without having to give up the best of what was left behind

In the early days of the Vegan movement these opportunities weren’t available, and they had to subsist on purely vegan options with no meat substitutes or anything to stand in for the foods that their contemporaries were consuming

The modern day allows Vegans to truly enjoy the broad range of foods the world has to offer, and substitutions for those that involve animal cruelty

How to celebrate World Vegan Month
As we mentioned above, there are a ton of vegan options in the world, especially festivals and gathers where recipes and food secrets are exchanged

It goes a lot further than just food options too, everything from lipstick to deodorant has been guilty of containing animal products, and there was little on the shelf that wasn’t tested on animals

Now you can get educated on which ones are safe and which foods are the most delicious
Let World Vegan Month expand your palate and your sense of social responsibility!