The Rothschild Family
The Rothschilds are a prominent family, originally from Germany that established banking and finance houses in Europe beginning in the 18th century. Pioneers in providing capital for business, financing infrastructural projects such as railways and the Suez Canal, the Rothschilds molded the way the international world of high finance works today. 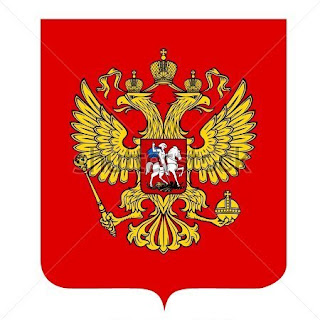 Throughout the 19th and 20th centuries their very name was synonymous with endless wealth and extravagant lifestyles. It is also believed the Rothschild family, also known rather grandly as "The House of Rothschild," is believed to be the wealthiest family in the history of the world. According to some estimates, the Rothschild net worth is worth more than $350 billion when each member's personal fortunes is combined.

The Rothschild Empire had its genesis during the 1760s when Mayer Amschel Rothschild (1744-1812) founded a banking business in his native Frankfurt, in the German duchy of Hesse.
Over time and with the help of Mayer Rothschild's five sons, the family business expanded throughout several European countries. During 1815 and 1914, the Rothschilds controlled the world’s largest bank. Fast forward to more than two centuries, the Rothschild name is still synonymous with wealth and influence. In a 2005 issue of Forbes magazine, Mayer Rothschild ranked seventh on a list of the twenty most influential businessmen of all time. Here is an overview of how the Rothschilds became the world’s wealthiest family.

The Rothschild’s story of power and riches began with the humble beginnings of its founder, Mayer Rothschild. Born in 1744, Mayer Rothschild was raised in a Jewish ghetto in Frankfurt, in the German duchy of Hesse. During that era, Jews were legally required to live in small communities that were distant from Christians. They were also not allowed to leave their villages on Christian holidays, Sundays or at night.

As a child, Rothschild lived in a full house with about 30 other family members. Rothschild learned about the business world at an early age—his father, Amschel Moses Rothschild, traded coins, silk and other commodities for a living. One of Amschel Rothschild's clients was the Crown Prince Wilhelm of Hesse.

Mayer Rothschild became an orphan at the age of 12 following the death of his mother. His father had died from smallpox the year before. Before their passing, Rothschild’s parents wanted their son to study Jewish teaching to become a Rabbi. However, he decided to take on an apprenticeship with a banking firm in Hanover, Germany shortly after turning thirteen. During his time there, Rothschild learned the ins and outs of banking and foreign trade. (See The 5 Most Influential Bankers Of All Time).

The Beginnings of a Banking Empire
Rothschild returned to his hometown, Frankfurt, when he turned 19. Along with his brothers, he continued the commodities and money trading business that their father started — including selling rare coins to Crown Prince Wilhelm, who became Wilhelm IX, Landgrave of Hesse-Kassel in 1785 and eventually the European continent's richest man. Soon he was providing other banking services to Wilhelm and a number of nobles, and by 1769, Rothschild was given the title "Crown Agent." In 1770, Rothschild married and went on to have ten children–five sons and five daughters.

Expanding and Controlling the Rothschild Footprint
The Rothschild banking empire benefited tremendously from the French Revolution. During the war, the Austrian army contracted Rothschild to supply it with a range of items, including wheat, uniforms, horses, and equipment; he also facilitated monetary transactions for Hessian mercenary soldiers. Around that time, Rothschild sent his five sons to live in the capital cities of various European countries. His goal was to have each of his children establish a banking business in Frankfurt, Naples, Vienna, Paris, and London, and throughout the 1800s, they did. With Mayer Rothschild's children spread across Europe, the Rothschilds became the first bank to transcend borders. Lending to governments to finance war operations for the past several centuries provided ample opportunity to accumulate bonds and shore up additional wealth in a range of different industries.

Before he died in 1812, Mayer Rothschild left strict rules for his descendants on how they should handle the family's finances. He wanted to keep the fortune within the family and as such encouraged the arrangement of marriages among relatives. According to an article published in the August 2003 issue of Discover magazine entitled Go Ahead, Kiss Your Cousin, "Mayer Amschel Rothschild arranged his affairs so that cousin marriages among his descendants were inevitable. His will barred female descendants from any direct inheritance. Without an inheritance, female Rothschilds had few possible marriage partners of the same religion and suitable economic and social stature—except other Rothschilds. Rothschild brides bound the family together. Four of Mayer's granddaughters married grandsons, and one married her uncle. These were hardly people whose mate choice was limited by the distance they could walk on their day off."

Nathan Rothschild
Of the four Rothschilds who ventured abroad, it was third son Nathan (1777-1838) who became the biggest success. With Mayer Rothschild's children spread across Europe, the Rothschilds' enterprises became, in effect, the first bank to transcend borders. Nathan took over the lead role in pioneering international finance. Using a network of carrier pigeons to communicate with his siblings, Nathan acted as a central bank for Europe – brokering purchases for kings, rescuing national banks and funding infrastructure, like railroads, that would help start the Industrial Revolution.


Nathan had moved to England in 1798. There he founded a textile jobbing business with £20,000 of working capital, which in today's terms is equivalent to £1.9 million. He also began trading on the London Stock Exchange, and eventually founded a bank which became N M Rothschild & Sons Ltd. The firm is the country's seventh oldest bank in continuous operation. Although privately held and still controlled by the Rothschild family, N M Rothschild & Sons Ltd. reported a net profit of £34 million at the end of 2014. Like the other Rothschild banks that were subsequently set up throughout Europe, N M Rothschild & Sons furnished credit to the government during times of war and crisis. In 1811, during the Napoleonic Wars, for example, N M Rothschild & Sons managed and financed various subsidies that the British government sent to its different allies and loaned funds to pay the British troops – almost single-handedly financing the British war effort. But he also began funding Napoleon Bonaparte in secret – and even used the war to grow his own business.

Nathan's timing and frugality has led to the saying, "buy on the sounds of cannons, sell on the sound of trumpets," referring to the fact that the start of war is a good time to invest in a nation and that the end of war is the time to sell.

Philanthropic Activities
Nathan Rothschild contributed to many areas of philanthropy in the Jewish community. His family later expanded these charitable efforts to other populations in Europe and England, in the cities of Paris and London, respectively. His earliest efforts went toward synagogues in London. He continued to champion this work, which eventually led to the formation of United Synagogues, a larger organization that helped streamline the causes of the smaller individual synagogues.

Rothschild and his children later led charitable campaigns that resulted in a total of 30 foundations. These included public libraries, orphanages, hospitals, homes for the elderly and special funds allocated for the purpose of education; The Jews' Free School in London in particular received much financial support. Educational efforts in Austria, France and Israel were also made possible through their generosity. In addition to monies put toward education, the family gave an estimated 60,000 pieces of artwork to numerous organizations. The Rothschild family expanded the creation of social housing in the cities of London and Paris. The Rothschild Foundation was such an organization founded to further these efforts.

Nathan Mayer Rothschild had seven children with his wife, Hannah Barent Cohen. Many of their descendants are involved in Rothschild finance and investment enterprises. Details of their exact influence and holdings are not available to the public, but the Rothschild family has a place in history for defining modern finance.

The Rothschild Family in the 21st Century
Although the family wealth has been divided among many descendants and heirs throughout the years, the Rothschilds still rank among the wealthiest lineages in the world. It is estimated that the Rothschild family controls more than $2 trillion worth of assets. Today, their holdings span a number of diverse industries, including financial services, real estate, mining, energy and even charitable work.There are a few Rothschild-owned financial institutions still operating in Europe, including N M Rothschild & Sons Ltd in the United Kingdom, and Edmond de Rothschild Group in Switzerland. The family also owns more than a dozen wineries in North America, Europe, South America, South Africa and Australia. (See also 5 Of The World's Oldest Companies.)

Traditionally, the Rothschild fortune is invested in closely held corporations. Most family members are employed by these corporations directly or invested in operations that generate family wealth. The remarkable success of the family has largely been due to a strong interest in cooperation, being entrepreneurs and the practice of shrewd business principles. The estate of Nathan Rothschild was intimately tied to the other fortunes of the family and became part of the collective wealth each Rothschild passed to the next generation. Rothschild descendants continue to finance global business operations and contribute to scholarly, humanitarian and business endeavors.